This nonfiction book takes us back in time to show us what life was like for Sachiko and other Japanese families during World War II. The historical facts include racism in America, Japan and Germany, information on Japanese Internment Camps, the treatment of prisoners of war by Japan’s soldiers, the reason for the bombing of Pearl Harbor, and the dropping of atomic bombs in Japan. I could only read this in bits because of the horrific results of the bombs on the citizens. Sachiko was at the site of the Nagasaki atomic bomb explosion and her family died one by one because of the short term and long term effects of the bombing. After Japan’s surrender, American soldiers became a large presence in the Japanese communities. I learned quite a lot from this book that’s just a little over one hundred pages; the stifling of information concerning the atomic bombs, propaganda after WWII, the research coalition set up to gather information about but not help the bomb survivors and the statistics of long lasting radiation sickness. Perseverance and strength shine through Sachiko’s story and I’m grateful to have read this inspiring book that teaches us to strive for peace. 5 stars!

Eerie prologue opens the story with a perfect creepy and ominous tone. This book is so much more than just a horror story! The author takes historical facts and mixes them with some historical fiction and then adds a touch of supernatural horror to create a scary tale out of a true horrific tragedy. The characters are many and we get to know each of them in turns as the author reveals their background stories and personal secrets. The characters range from timid, blustery, brave and to all out dangerous. The tragically true story of the Donner Party gives the perfect backdrop for a horror story and the author blends truth and fiction together seamlessly, 5 stars!

Two beautiful people open the story with their jaw-dropping presence. They turn out to be the god of war, Ares, and the goddess of love, Aphrodite. Aphrodite describes how she feels no passion or love and this is because she’s bound to give love to others but never be able to feel it in return, for all of eternity. She tells the story of James and Hazel; when they first met one week before he was heading into the Great War. Their story continues through letters after he’s sent to war, at least during his training. Hazel becomes a relief volunteer and heads to France. Aubrey, a pianist from Harlem, is in France with his unit heading to the war. Colette has lost her loved ones during the German attack on Belgium. The story floats around the interactions and experiences of these four, Hazel, James, Aubrey, and Colette. World War I history has been unclear to me but this book helped my understanding of this horrible war known as the Great War. I adore the four main characters and my heart soared and broke right alongside theirs. Based on historical facts and people, Lovely War tells a powerful tale, 5 stars!

Freheit!: The White Rose Graphic Novel by Andrea Grosso Ciponte
Thanks to Plough Publishing and NetGalley for the opportunity to read this graphic novel.
Based on the actual White Rose group that spread leaflets against Nazi rule and actions during World War II. Several members were arrested and quite a few of them were executed by use of a guillotine. I didn’t realize that anyone in that era was executed by any means other than shooting. A highly impactful graphic novel that sums up the growth and activities of The White Rose and also includes the real writings on the original leaflets. Amazing strength, integrity and bravery sums up The White Rose members! A must for history buffs, 5 stars! 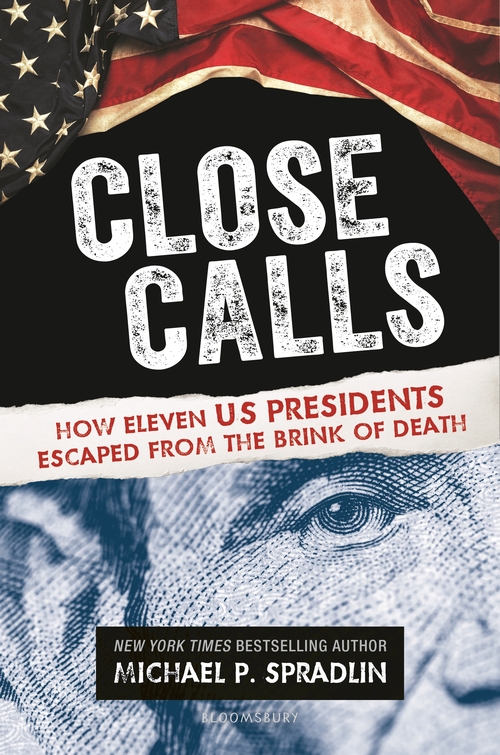 Fascinating information about our country’s past presidents!
Thanks to NetGalley And Bloomsbury Publishing for the opportunity to read and review Close Calls by Michael P. Spradlin.
A collection of short stories describes how eleven of past United States presidents escaped “from the brink of death”. The book begins with the threats to George Washington and continues throughout the centuries to the first President Bush. It seems that we learn about the assassinations only but never the attempts that aren’t successful or the other dangers presidents have been in. I never realized that JFK almost died in a boat crash while serving during World War II just as I hadn’t realized how many death threats President Lincoln received. Fascinating information and snippets of facts sprinkled throughout the book make it an interesting nonfiction read. 5 stars!

The Fountains of Silence by Ruta Sepetys is a novel masterpiece!
Poverty and suppression hidden under sunshine and kindness describes the picture painted of Spain as the rest of the world sees the land and its people. The story tells itself with alternating points of view and the author’s writing draws the reader into the characters’ lives, so I was pulled quickly into caring for them. Ana lives with her siblings and each of them works as many jobs as possible since their parents are no longer with them. Daniel traveled to Spain from Texas with his parents, his mother of Spanish descent and oil-rich father. Daniel meets Ana at the hotel where she works as a maid. Daniel loves photography and Ana helps him as much as she dares. Daniel starts noticing that Ana keeps her distance like she’s afraid. Another revelation occurs when Ana’s brother Rafe and his coworker realize that the baby coffins being sent to the cemetery for them to bury are actually empty. More injustice is revealed as we learn that Ana’s parents were killed because they wanted to start a school and their ideas went against the beliefs of the leader of Spain, Francisco Franco. The snippets taken from primary sources bring this story to a deeper level and helped me to understand how the rest of the world perceived Spain during this time frame.
The characters and their lives all connect in one way or another and those relationships show how truly complicated and complex Spain’s history is. My heart goes out to the people who suffered in silence for decades and for those still affected by the repercussions. Ruta Sepetys amazes me with every book she writes. Her dedication stands above and beyond what is required because she pours her heart and soul into the stories she creates. I’m grateful that she shares them with the world because, with each book, I gain more knowledge of cultures and history across the globe.
Fountains of Silence, a true work of art! 5 stars! 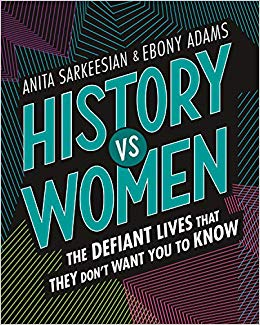 Interesting read!
Thanks to NetGalley and Macmillan Feiwel and Friends for the opportunity to read and review History vs Women: The Defiant Lives That They Don’t Want You To Know by Anita Sarkeesian and Ebony Adams!
The chapter titles are Reckless Rebels, Revelatory Scholars, Ruthless Villains, Restless Artists, and Relentless Amazons! The chapter titles made me even more interested in the book! The introduction got me hyped up by a few historical facts about women, such as a Japanese woman invented the novel and a Chinese woman ruled a fleet of 400 pirate ships. This impressive work of history and the women who created it is a gem to read! From a civil rights activist to a prime minister, each story captured my interest and I will purchase this book for the library for research and as a great read, 5 stars!

Brilliant and eye-opening!
Thanks to NetGalley and Entangled Teen for the opportunity to read and review Where the Sea Takes Me by Heidi R. Kling!
Sienna has just finished college finals and is planning a Team Hope trip to Cambodia. Her friend, Spider, wants to make their relationship more than just friends and Sienna isn’t too sure about that idea. Her father knocks her off her feet when he calls to tell her that Deni will be visiting soon. Deni, as in the Deni that Sienna fell in love with two years ago and who she helped recover from the tsunami in Indonesia on her last Team Hope relief trip. Deni arrives and he and Sienna fall instep with each other and Spider doesn’t quite know how to handle the situation. Team Hope travels to Cambodia on a long ride and Sienna has her eyes opened wide to the beautiful country torn apart by war, poverty and sex trafficking. The Cambodian people have extreme perseverance and are living in the results of Pol Pot’s destruction. Realistic fiction, adventure and history create the story and a touch of romance brings it all forward. Where the Sea Takes Me is a brilliant, eye-opening read, 5 stars!

A must for American history buffs! Thanks to NetGalley and Capstone for the opportunity to read and review Assassin’s America: Four Killers, Four Murdered Presidents, and the Country They Left Behind by Jessica Gunderson & Joe Tougas. The true story is told in four parts, one for each president, describing the assassin and how our country may have been different without the assassination. A detailed report of each assassin and each president is followed by the description of the killing and the state of America and, finally, a timeline. I have read about the assassinations of Abraham Lincoln and John F. Kennedy many times but never Garfield’s or McKinley’s. It saddens me to think the last two could have lived with better medical care. Very tragic. Informative and laid out in an interesting way, this book is a must for history buffs, 5 stars!