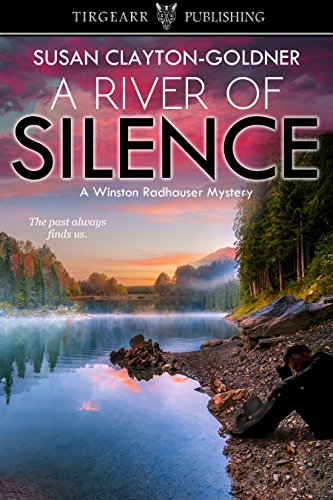 A River of Silence by Susan Clayton Goldner-January 24. Detective Radhauser has been through enough tragedy personally and professionally to last a lifetime. He’s lost his wife and son in a car accident and has struggled with cases that he has taken to heart. He’s now married to Grace and they’re making a family of their own with love and happiness but he still deeply feels the loss of his first wife and their son. He’s called out around midnight to investigate a 911 call, where he helps a hearing impaired man administer CPR on a toddler, while waiting for the ambulance. The child ends up dying and Caleb Bryce, the man giving CPR, is arrested. The community seems to immediately believe that Bryce is guilty and he only has a few people who believe he’s innocent, the detective, his appointed lawyer and his elderly neighbor. This well-rounded mystery opened my eyes and heart and reminded me of how precious and fragile life is. The highly developed characters and their interwoven actions and personalities made this mystery an absolute want-to-read-through-in-one-sitting book, 5 stars!