Thanks to NetGalley and Ink Monster for the opportunity to read and review S’more to Lose by Beth Merlin! Four years after the first book, this sequel finds Gigi and Perry in London and at an impasse in their relationship. They have moved on from their relationship, by all appearances. Perry is famous for writing a popular musical and Gigi and Jamie have built a growing, productive designer business, G-Malone. Prince Alexander and Victoria Ellicott are planning their wedding and want G-Malone to design the wedding dress and wedding attire for the upcoming royal wedding celebration. Gigi meets Gideon and they gradually fall for each other and all is well until paparazzi create a gossip story under false pretenses and blow everything out of the water. Tumultuous and romantic with the added bonus of artistic creativity build into a very enjoyable story; 5 stars!

Thanks to NetGalley and Ink Monster for the opportunity to read and review One S’more Summer by Beth Merlin! This is a fun story filled with summer camp adventures and relationship struggles. Gigi is at a rough place and becomes a camp counselor to escape and hopefully regroup before she heads back to her regular life as unemployed and single, after a confusing affair. Perry has been a summer counselor for four years and he’s dealing with his own supposed skeletons in the closet. Gigi treats Perry with only anger, assuming he’s arrogant and immature when she hasn’t even given him a chance. Over the summer and in spite of their bad start, Gigi and Perry began to confide in each other and realize they have a lot in common. Gigi can’t seem to get away from her past and she faces everything head on, thanks to the support of her friends and family. The ending is cute and hopeful after the tumultuous distrust and intensity. One S’more Summer weaves a realistic and rocky story of how relationships come and go and how we handle them and how we deal with the in-betweenness of being single. 5 stars!

Thanks to Entangled Publishing and NetGalley for the opportunity to read and review Breaking the Ice by Julie Cross! Fletcher seems to have many things he wants to hide and Haley has a good heart and great values. The two of them are working on a class project together and sometimes get along fairly well and at other times they can barely tolerate each other. I enjoyed Off the Ice (the first book in the Juniper Falls series) immensely and Breaking Ice is just as good, dealing with bullying, sexuality, family, learning disabilities and the stressful experience of intense allergies. Unique aspects of solitude and the consequences of social and parental pressures are addressed also. I love the dancing and the teacher who’s willing to work with and help her students based on their individual needs! The only drawback is the often used f-word, which I felt was unnecessary to the story being told. 4.5 stars for a thought provoking story!

Thanks to NetGalley and Del Rey for the opportunity to read and review The Girl in the Tower by Katherine Arden! This sequel to Bear and the Nightingale is a wonderful fantasy with beautiful descriptions and fascinating legendary characters of Russian heritage. Vasya is still uniquely interesting and after surviving different adventures, she meets her niece, Marya. The two of them have a great deal in common and Vasya finally has someone she can share her magical sights with, until they are forbidden to spend time together because of the impropriety of Marya showing her face in public. She truly is a girl locked in a tower. Their lives scatter out of control when a secret Vasya has kept quiet is revealed and everything spirals downward from there. I enjoyed this sequel as much as the first book and even more. The ending left me wanting more and I sure hope there’s a third book planned. I noticed on Goodreads that the next addition to the Winternight Trilogy is set to be published August 2018 and is entitled The Winter of the Witch! The Russian information and resources in the Author’s Notes helped with the understanding of legends, vocabulary and names. I am also interested in researching more of this section of Russian history, thanks to the sources mentioned. This beautiful story rates 5 stars for its atmospheric descriptions and dynamic characters!

Thanks to NetGalley and Simon and Schuster Children’s Publishing for the opportunity to read and review Saints and misfits by S.K. Ali. Janna lives in a Muslim home with her mother and brother. Her dad is remarried and has young children with his new wife. The story opens with Janna at the beach with her dad’s family. She needed to get away from her home and her friend’s cousin who tried raping her. Janna calls him Monster. It seems that she has told no one. The story backtracks weeks before and shows Janna and her school, home and community life. Janna is frustrated that everyone thinks Faroq, Monster, is a wonderful and good person. She finally confides in someone and she takes matters into her own hands. Then it all gets thrown back in her face. Relatable characters and events make this book a part of reality. 4 stars for a story about society’s expectations and the complications that go with them.

An Ember in the Ashes by Sabaa Tahir introduces Laia and her brother Darin, who both live with their grandparents. When the Empire raids their home, Darin runs and instructs Laia to hide his sketchbook. They’re both caught and taken back inside to watch their grandparents lose their lives. Elias is introduced next. He’s a soldier of the Empire, known as a Mask. Masks are skilled soldiers and trained killers. Elias watches with the rest of the Masks as a deserter is whipped to death by the Commandant. This sickens him because he’s planning on deserting also and he thinks that he will be the next to die at the hands of the Commandant. The Commandant is Elias’ mother and she holds nothing but hatred for her son. The story alternates between Laia and Elias and suspense flows throughout the entire book, each section ending on a cliffhanger. Laia enters the Empire as the Commandant’s slave and as a spy for the resistance, in exchange for helping Darin. A new era is upon the Empire and The Trials have been set and will challenge four Masks, only two will survive and one of them will be the new Emperor. Relationships grow more complicated for both Laia and Elias and the struggle for their lives becomes more desperate. This rollercoaster of a story keeps the suspense heightened to the very last page! 5 well-deserved stars ⭐️⭐️⭐️⭐️⭐️! 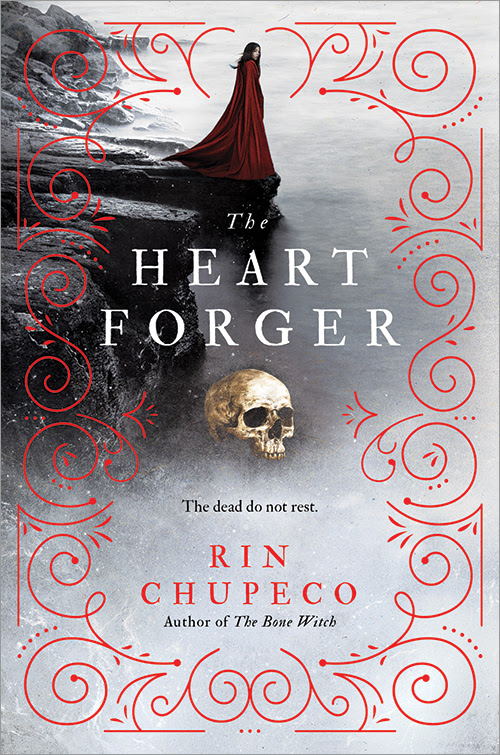 Beautiful covers for a highly anticipated sequel to The Bone Witch!!! 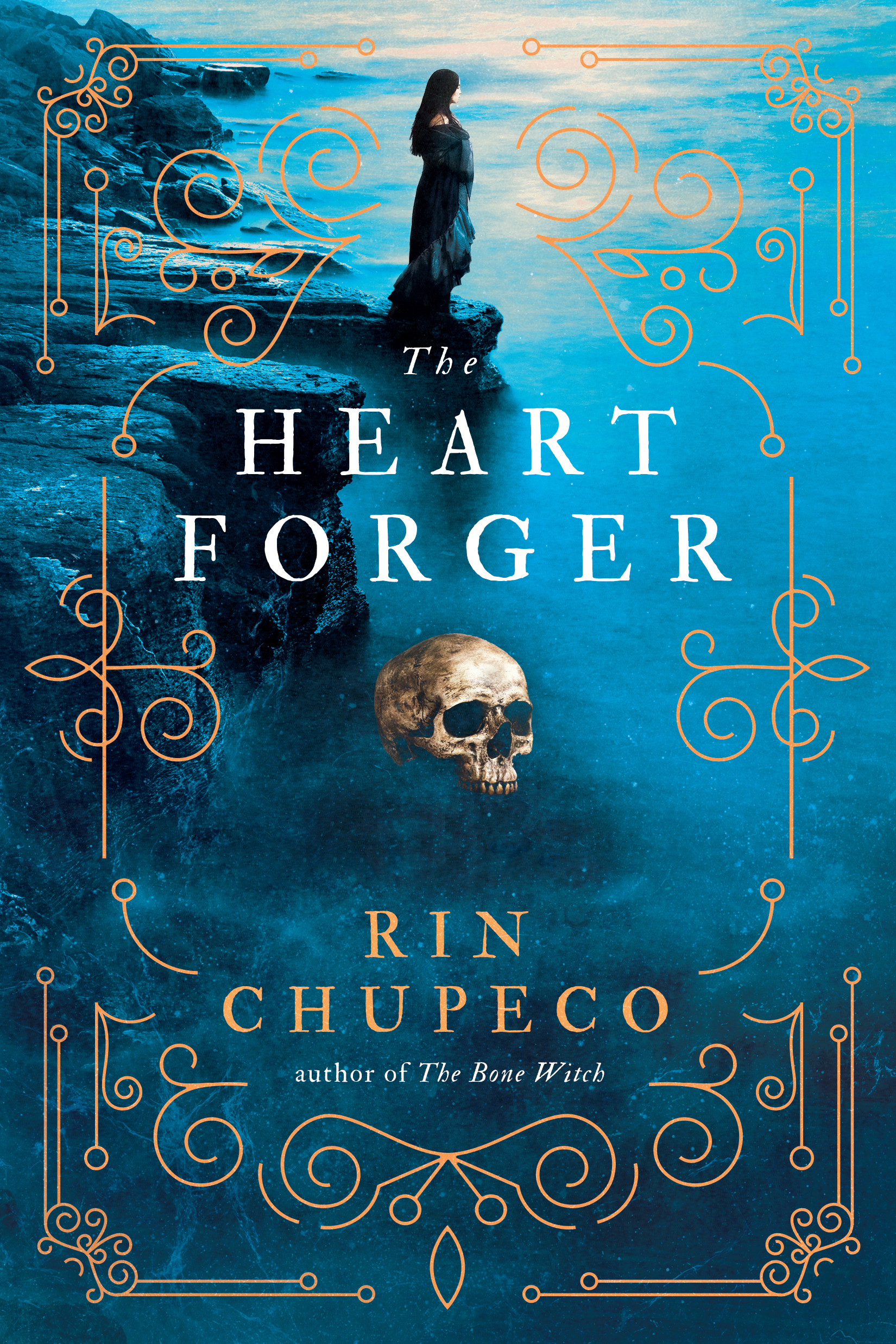 Thanks to NetGalley and Tanglewood Publishing for the opportunity to read and review Chester Raccoon and the Almost Perfect Sleepover by Audrey Penn. Chester spends the day with a group of friends. When it’s time for bed, Chester can’t sleep. He ends up going home and falls asleep contentedly. The story is cute and happy with some humor also. 4 stars for this addition to the story of Chester Raccoon.

Thanks to NetGalley and Disney-Hyperion for the opportunity to read and review Suspect Red by L.M. Elliott! Chapter One is entitled “June 1953”; the book opens as Julius and Ethel Rosenberg are executed for giving the Soviet Union U. S. atomic bomb technology. More factual information is given: the reason for the Berlin Wall and censorship with books, before the story begins. Set in the Cold War era, Richard enjoys reading about spies and other topics that the government frowns upon at the time. His father works for the FBI and was active in the military during wartime. The story alternates between true historical moments and photographs to the fictional characters of Richard and his family and their lives. Eye-opening and relatable, the timeline of the fictional story flows with Cold War history as it is laid out. It’s crazy how much one person affected an entire nation in such a negative way. Suspect Red is an interesting, entertaining way to gain knowledge about the state of our nation during the Cold War, 5 stars!

Thanks to NetGalley and Ten Speed Press for the opportunity to read and review Dare to Sketch by Felix Scheinberger. The descriptive Table of Contents built my interest in reading this book. Advice and instructions on sketch pads and their uses, drawing tools, different perspectives in drawing and the subjects of drawings are included. I especially like the page entitled, “Drawing is a Global Language”, which advises artists to observe respectfully. The art reminds me of Roald Dahl’s style. 4 stars for a helpful art book with personality!