Received an advance reader copy in exchange for a fair review.
Thanks to NetGalley and Tanglewood Press for the opportunity to read and review A Kissing Hand for Chester Raccoon by Audrey Penn! This classic children’s book has been transformed into a board book edition, with the same message as The Kissing Hand. Simple and beautiful illustrations, sketched and and brought to life with watercolor, represent the loving relationship between a mother and her son. She’s trying to build his security and self confidence by giving him her gift of a kissing hand. I remember reading this book to my own children years ago and the comfort that it gave them and me is still memorable. 5 stars! 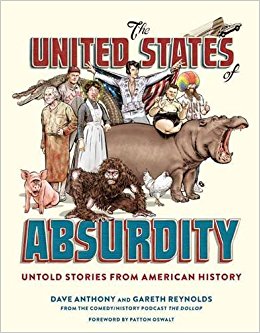 Received an advance reader copy in exchange for a fair review.
Thanks to NetGalley and Ten Speed Press for the opportunity to read and review The United States of Absurdity: Untold Stories from American History! This book is separated into six different sections: Great American Characters, The Best of American Sports, Great American Medical Breakthroughs, Very Bad American Ideas, When Americans Go Wrong and American Tails. Also included is a conclusion and an index. Disturbingly funny and morbidly fascinating, this interesting book grossed me out, made me laugh out loud and gave me the heebie jeebies! 4 stars for this nonfiction book with an adult sense of humor and content!

Received an advance reader copy in exchange for a fair review.
Thanks to YA Bound Book Tours for the opportunity to read and review Confessions of the Very First Zombie Slayer (That I Know Of) by F.J.R. Titchenell! This is a humorous story about Cassie and her discovery of zombies and how she dealt with this not-so-great turn of events. While she travels across the country with friends, she spends the time pondering how the zombies came to be and observes how each person deals with the tragedy in their own way. Cassie’s personality makes the story funny and lightens the dystopian mood. 4 stars for this action packed fun zombie story!

I voluntarily reviewed an ARC of this book.
Losing Kyler by Siobhan Davis, is the second book of The Kennedy Boys series and broken hearts are as prominent as the dysfunction in this family. More secrets come out into the open and cause more family distress, along with one of Kyler’s brothers being accused of rape. Faye shows extreme maturity and true empathy for the situation that her mother and her new guardian James found themselves in many years ago. I appreciate how open minded she tries to be and this shows that she is wise for her age. Her wisdom helps everyone else deal with their struggles. This second book has so much going on that it is intense reading! Siobhan Davis pulls it all together so well and in such a smooth way that makes the suspense build and when the ending hit, I just wanted to read the next book in the series immediately! I am in awe of Siobhan’s writing and I love her style. She has taken a good story and made it great and brings the characters to life realistically. I am looking forward to reading more about the Kennedy boys! 5 stars for this engrossing romantic story!

Received an advance reader copy in exchange for a fair review.
Thanks to NetGalley and Entangled Publishing for the opportunity to read and review The Summer Marked by Rebekah L. Purdy, the second book of The Winter People series! The story opens with a taste of Shakespeare’s writing. Salome is now living with Gareth in the Faerie realm and the opening of the book shows us more about her grandmother and her secrets. Kadie receives a message from Salome asking her to meet at a club. Kadie goes, but Salome is not there and she ends up being captured by the Winter Queen’s helpers. They demand to know where Salome is but Kadie doesn’t know, so they keep torturing her. I love the descriptions of the beautiful tattoos Salome receives as she becomes a part of each season and she gains power to help the Fae. The character pool grows in this second book of The Winter People series, making the story more complex and interesting. As people and their relationships evolve, the danger grows. I’m very happy there is a third book to this series because I am not ready to let these characters go. 5 stars for dialogue that matches and portrays the characters perfectly in this fantasy story! 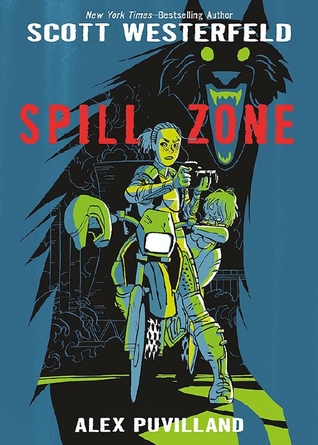 Received an advance reader copy in exchange for a fair review.
Thanks to NetGalley and First Second Books for the opportunity to read and review Spill Zone by Scott Westerfeld. Spill Zone is fan art geared toward young adults. The art feels frantic and rushed and the drab colors help portray the devastation that an environmental accident caused. The story is interesting, but dreary and a bit creepy. There is some swearing to show the amount of worry and danger of the story. I can see readers of graphic novels and dystopian stories enjoying this book- 3.5 stars.

Received a free ebook as a Goodreads giveaway.
The Marvelous Misadventures of Ingrid Winter by J.S. Drangsholt is about a mother, wife and a college employee struggling to find happiness and contentment. Ingrid lives with her three children in a small house with her husband. She seems to be having difficulty with all aspects of her home and work life. Problems and misfortunes pile up and she feels overwhelmed. She mistakenly offers too much money for a house bid, things get crazier at work and little mistakes compound into bigger problems. A story that we can all relate to because sometimes life feels like it’s getting out of hand. 4 stars for this realistic fiction aimed toward an adult audience. 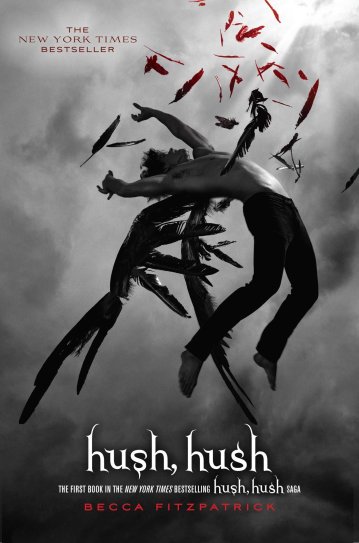 Hush, Hush by Becca Fitzpatrick deserves a solid 5 star rating! Just the prologue is intense enough to make me want to read the book in one sitting. I have heard nothing but great things about the Hush, Hush series from my library patrons. Nora and Vee are best friends in their sophomore year of high school. A new student, Patch, becomes Nora’s desk partner in biology class. He is mysterious and stubborn and Nora finds him exasperating, but there is something about him that won’t let Nora get Patch out of her mind. Strange things keep happening to her, causing her to be spooked and cautious. She meets Elliot, a new student and she believes he’s hiding a sinister past. The mystery builds and, as Nora touches Patch’s v-shaped scar on his back, she gets pulled into a vision. The danger and suspense become intense and Nora finally learns the truth about her past and Patch’s. 5 stars for this engrossing supernatural story!

Received an advance reader copy in exchange for a fair review.
Thanks to NetGalley and Simon & Schuster Books for the opportunity to read and review The Education of Margot Sanchez. Right off the bat, Margot Sanchez seems and acts like a spoiled brat who is lost and trying to find herself, but so self absorbed that she can’t see that she’s not the only person on earth that matters. She’s being punished for stealing while she was away at an expensive school and, now that’s she’s home for the summer, she has to work at her family’s supermarket to earn the money for what she stole plus enough money to pay for her tuition to attend the same school again in the fall. She feels as though she’s above working there and is embarrassed by her upbringing. During the summer, Margot’s eyes are opened slowly to some things, such as how she treats others, and opened quickly to how dysfunctional her family truly is. Margot matures and learns to value friendship and she begins to find herself and her place in the world. 4 stars for this believable realistic fiction story.

Received an advance reader copy in exchange for a fair review.
Thanks to NetGalley and Entangled Publishing for the opportunity to read and review Redux by A.L. Davroe! Redux is more action packed than Nexis, the previous book in the Tricksters series. Ella is on a tumultuous ride between virtual reality and actual reality and her friends keep flip-flopping so she feels completely alone. Her society is in shambles and she wants to do everything she can to make it better and to make up for the problems that she feels she caused. The story is smoothly transitioned between the events taking place and the reader is given concise background information from the first book. The action has been pumped up to even include cannibals! Creepy, sci-fi dystopian fun. 4 stars!