Based on True Events 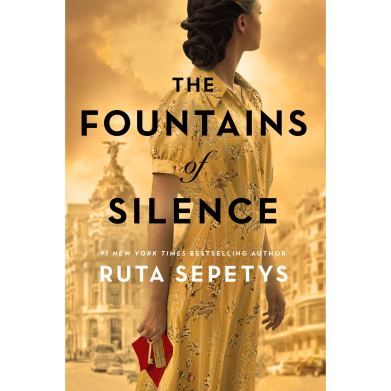 The Fountains of Silence by Ruta Sepetys is a novel masterpiece!
Poverty and suppression hidden under sunshine and kindness describes the picture painted of Spain as the rest of the world sees the land and its people. The story tells itself with alternating points of view and the author’s writing draws the reader into the characters’ lives, so I was pulled quickly into caring for them. Ana lives with her siblings and each of them works as many jobs as possible since their parents are no longer with them. Daniel traveled to Spain from Texas with his parents, his mother of Spanish descent and oil-rich father. Daniel meets Ana at the hotel where she works as a maid. Daniel loves photography and Ana helps him as much as she dares. Daniel starts noticing that Ana keeps her distance like she’s afraid. Another revelation occurs when Ana’s brother Rafe and his coworker realize that the baby coffins being sent to the cemetery for them to bury are actually empty. More injustice is revealed as we learn that Ana’s parents were killed because they wanted to start a school and their ideas went against the beliefs of the leader of Spain, Francisco Franco. The snippets taken from primary sources bring this story to a deeper level and helped me to understand how the rest of the world perceived Spain during this time frame.
The characters and their lives all connect in one way or another and those relationships show how truly complicated and complex Spain’s history is. My heart goes out to the people who suffered in silence for decades and for those still affected by the repercussions. Ruta Sepetys amazes me with every book she writes. Her dedication stands above and beyond what is required because she pours her heart and soul into the stories she creates. I’m grateful that she shares them with the world because, with each book, I gain more knowledge of cultures and history across the globe.
Fountains of Silence, a true work of art! 5 stars! 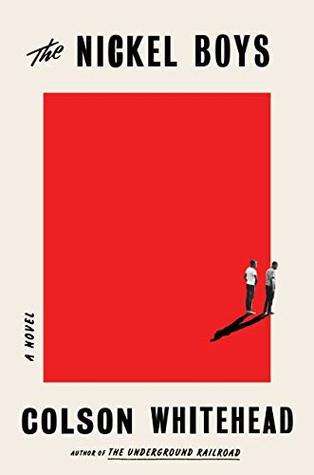 Based on the true events of Florida’s infamous reform school!
Thanks to NetGalley and Doubleday for the opportunity to read and review The Nickel Boys by Colson Whitehead!
Historical fiction novel based on the real reform school that horribly mistreated the boys who resided there. Traumatized young men were left to deal with the abuse on their own. The story focuses on Elwood and we learn about other boys’ stories through his eyes as he witnesses them. The prevalent racism harbored hatred to the point of punishing innocent people and sending them to this terrible reform school where even harsher acts of racism occurred. The abuse went on for decades and through several headmasters. After reading this novel, I felt compelled to research the truth behind the story and was sickened at the amount of violence and abuse that young boys had to live through. Some didn’t survive. I truly don’t understand how the adults took part in or witnessed and kept quiet about any of the abuse. What’s their excuse? The Nickel Boys is tremendously powerful, enlightening and tragic, 4 stars!