A Court of Frost and Starlight by Sarah J. Maas is a book full of celebration and healing. Fun and lighthearted sums up the majority of this book, with the Solstice celebration and its traditions and the jovial manner of the way the Night Court members treat one another. I laughed at the snowball fight scene because I thought it was adorable and funny! Backstories are shared, which helps us understand the characters at a deeper level, with a sneak peek of the next book included at the end. 5 stars for this fun addition to A Court of Thorns and Roses series! 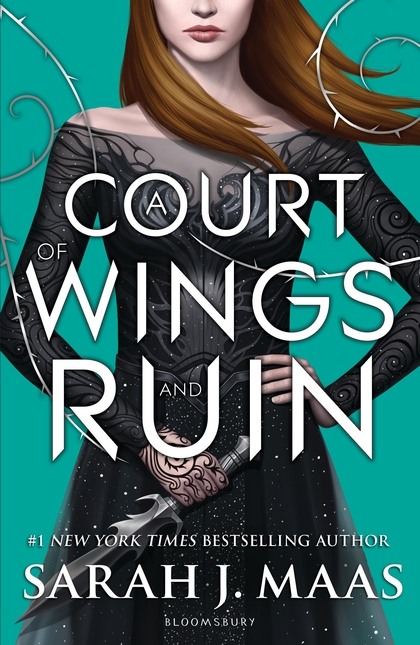 A Court of Wings and Ruin by Sarah J. Maas, an exquisite addition to A Court of Thorns and Roses series! Feyre is residing in the Spring Court once again, for the sake of gathering helpful information for the Night Court. She’s hiding her true memories and feelings and has created false stories to help Spring Court residents think that Rhysand treated her horribly. This way, the Spring Court won’t suspect anything. Feyre plays her part extremely well, causing contention between Tamlin, Lucien, Ianthe and the sentries who began to lose respect for Tamlin and Ianthe. Feyre manages to get back to the Night Court and to Rhysand, with Lucien. The two of them helping each other’s survival against the Autumn Court heirs who are trying to kill Lucien and Feyre. Feyre is once again home with her Mate and friends. Now, together they must conquer Hybern and its king, who wants to control everything for his own benefit. Feyre and the rest of the Night Court finally figure out what happened to Nesta and Elain when Hybern used the Cauldron to turn the two of them into Fae. Nesta is connected to the Cauldron and can sense when it’s being used and Elain has become a seer. A menagerie of wonderfully interesting characters ally with the Night Court and together they take on Hybern and it’s king and all his evil. This third book in The Court of Thorns and Roses thrills just as much as the first two with action, romance and the beautifully created world that Feyre resides in. 5 stars!