Thanks to NetGalley and Disney Book Group for the arc of Saving Hamlet by Molly Booth. Emma wants a new start for her sophomore year of high school and she starts with a completely different hair style and buying the shoes she has wanted for the past year. Emma loves theater and is the stage manager for her high school drama club production of Hamlet. A trap door is cut out of the stage floor, without permission. The hole gets temporarily covered with cardboard and tape. Emma accidentally falls through the hole when no one else is at the theater. She ends up in Shakespeare’s time, at the Globe theater, where Hamlet is being acted out at that very moment. She meets William Shakespeare and sees firsthand how he wants his plays to be. It is very interesting how different the acting and rehearsing processes are between past and present. Emma travels back and forth between the present time and learns a lot of helpful theater information and is able to help her friends with the modern day play. Saving Hamlet deals with friendship, working relationships, family and all of the issues that come along with it, and gender differences and difficulties, still keeping it a clean read.

I like this book and find it very interesting in many ways.  I might use it in the future, along with Shakespeare, to teach my Library Science students.

Thanks to NetGalley and Simon and Schuster for the arc of The Museum of Heartbreak by Meg Leder! Penelope has been best friends with Eph and Audrey for several years. Now Eph and Audrey think it’s time they increase their social circle, much to Penelope’s dismay. They each grow and have different struggles and experiences of their own and try to remain friends through it all. The artwork is fun and adds life and charm to the Museum of Heartbreak idea. This high school story contains popularity problems, artistic talent and book lovers and is a touching, endearing story.

Thanks to NetGalley and Houghton Mifflin Harcourt for the arc of Mirage by Tracy Clark! Ryan loves skydiving and she does it often because her parents own a skydive business. Ryan starts seeing another reflection in the mirror along with her own and she sees eyes looking at her in random places. She feels as though someone is watching her. Ryan loves adrenaline so much, it’s almost like a death wish. Something changes and Ryan is not the same, she has to struggle for her identity amid confusion, heartbreak and tragedy. Mirage is a powerful story that I read in one evening because I became so immersed that it was impossible for me to stop. Some adult content described vaguely (for those readers who prefer to know ahead of time). Mirage contains dynamic characters, suspense and thrills and it is a deep and thought provoking story! I would read it again!

Thanks to NetGalley and Capstone for the arc of Railhead by Philip Reeve. I actually give it 3.5 stars and only because science fiction isn’t my favorite genre. Railhead tells the story of Zen, a human thief in a futuristic world, where space travel is quick but only if you use the trains. Nova is an endearing, interesting character who is a machine that believes she’s human, but knows she’s a machine. Nova is my favorite part of the book! The story is told in several points of view- Zen the thief; Malik the marshal and Threnody Noon, the rich girl. This science fiction story is full of suspense and is well written.

Thanks to NetGalley and Simon & Schuster for the arc of The Flip Side by Shawn Johnson! This clean read tells the story of Charlotte (Charlie). She’s an aspiring Olympic gold medal winning gymnast plus she attends public high school where she has to do her best to reform to the daily class schedule. Charlotte has to work around her school schedule instead of her schooling working around her gymnastics schedule. She has to deal with dating, schedule restraints and schedule juggling, an injury and good and bad publicity. The Flip Side is a cute, refreshing story!

Thanks to Aidan J. Reid for the arc download of Spectrum! This interesting and tragic thriller is a short tale that takes place in a set of clinical trials. Once I started reading, I couldn’t stop until I was finished. This short story has made me interested enough to want to read Aidan J. Reid’s other books, Pathfinders and Sigil. 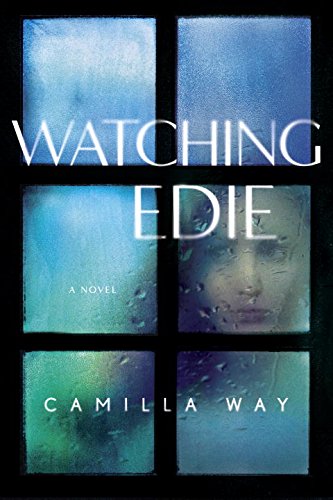 Thanks to NetGalley and Berkley Publishing for the arc of Watching Edie by Camilla Way! The first chapter shows Edie as a middle aged woman who suddenly has an unexpected visitor that she doesn’t want to see, Heather. Then the story moves between past and present, showing the relationship of Edie and Heather from the time they were teenagers, when they first met, until the present time. I do not want to give anything away, but this book has been compared to Gone Girl by Gillian Flynn and that is a good comparison. Thrilling and suspenseful, as well as heartbreaking, Watching Edie is a read that will leave you with a sunken feeling in the pit of your stomach. 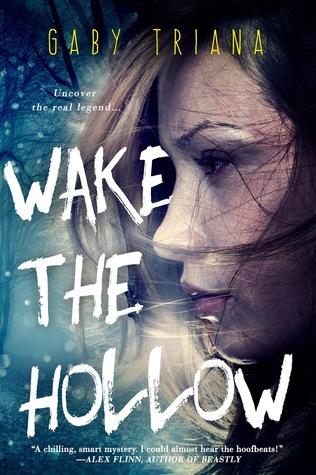 Thanks to Entangled Publishing and NetGalley for the arc of Wake the Hollow by Gaby Triana! I absolutely love this book from beginning to end. Micaela goes back to Sleepy Hollow after her mother has passed away. She left her mother to live with her more stable father several years earlier. Her friend Bram picks her up from the train station and she stays with him in his apartment. She has night terrors often and hears voices and she is unsure who she can trust. The tone of the story is a bit ominous, which makes it difficult to put down. I enjoy the lines from The Legend of Sleepy Hollow by Washington Irving at the beginning of the chapters. The mystery of Washington Irving’s descendants grows and so does the danger to Micaela. The suspense lasts throughout the book and the supernatural touch brings the right amount of thrill to the story. Wonderful spookiness!

Thanks to NetGalley and Simon and Schuster for the arc of 26 Kisses by Anna Michels! Vee, recently broken up from a two year relationship, is trying to enjoy the summer before senior year with her two best friends, Mel and Seth. Mel challenges Vee with the 26 kisses idea to help her recover from her breakup. Vee is supposed to kiss someone for each letter of the alphabet. It doesn’t always turn out to be a teenage boy or even a person, (puppy kisses). The challenge creates humorous, awkward and unusual experiences. This coming of age story is funny and lighthearted, but also serious enough to be true to life.

Thanks to NetGalley and Entangled Pubishing for the opportunity to read arcs with the newly designed covers of The Keepers of Life Series by Shea Berkley!  I love this series!  The covers are gorgeous and perfect.  I have heard, more often than not, my library patrons saying how they dislike covers with faces because they prefer keeping the characters’ looks alive in their imaginations.  These remade covers will please everyone; they are beautiful yet simple and embrace the world that Dylan and Kera are living in. The Keepers of Life Series by Shea Berkley reminds me of J.K. Rowling’s Harry Potter Series and Brandon Mull’s Fablehaven Series with a bit of flirting added.

The Marked Son by Shea Berkley is about a young man, Dylan, who lives with his single mom. He has never known who his father is or any other family members. His mom breaks up with her latest boyfriend and they move into her parents’ home. Dylan finally gets to meet his grandparents! While this is going on, Kera passes through the shimmering wall from her land into the human world and sees Dylan. The two of them have shared dreams and visions for as long as they can both remember. Something is harming the sheep on Dylan’s grandparents’ sheep ranch and Dylan’s family and the ranch workers are trying to solve the mystery, but it just keeps getting more and more strange. The suspense, mystery and the character dynamics make this book hard to put down. The writing flows perfectly and the alternating points of view between Dylan and Kera bring insight into the other realm. At a point in the story, I was wondering how everything could possible work out, but the author’s amazing imagination and creativity persevered!

The Fallen Prince by Shea Berkley begins with Dylan struggling to control his newly found powers, while Kera tries to fit into the human world. The realm seems to be seeping into the human world and Kera is captured and taken back to Teag. Dylan and his friends go to Teag to rescue Kera. The dialogue surrounding Bodog and Wyatt made me chuckle, actually all interactions with Bodog made me chuckle – very fun! “Right now, the only normal one of us seems to be Bodog, and he’s lit himself up like Casper the friendly ghost.” Full of action and adventure and I love the snark in this book, “How’d you get out? ”
“I used magic.”
“I tried and it didn’t work.”
“Me, too.”
“I’m better at it.”
Shea Berkley is a creative author and the dark souls she conjured up are ominously creepy. I love this book!

The Rising King by Shea Berkley jumps into Dylan’s and Kera’s lives where the barrier separating Teag from the human world continues to grow weaker and the townspeople help guard against trespassing creatures. The enemies become more dangerous and difficult to overcome. Dylan’s father, Baun, wants to rule Teag by taking everyone’s powers for himself. Dylan, his friends, the townspeople and Teag’s allies work together to balance the powers and bring peace once again.

I have enjoyed this series and want to read it again and I plan on buying the paperback editions of all three books! Highly recommended for all fantasy readers!