I read Dragon Pearl by Yoon Ha Lee as part of the Dragons and Tea Book Club.
Min is bound and determined to prove her brother’s innocence after he’s accused of being a traitor. She runs away from home in search of her brother Jun. On her way to stowaway on a ship, Min meets her Aunt Nari, who tells Min a little about her family’s past, things she would have never guessed. Min manages, through trickery, to get on a ship and barely survives an attack. While in the infirmary, she meets a young man’s ghost. This young man, Cadet Jang, died in the same attack Min was in and she assumes his identity and uses her fox charm to look like him. He happens to be on the same ship as Min’s brother Jun. While posing as Jang, Min gains insight into what may have happened to her brother and she also gets firsthand battle experience. Min learns a lot about herself and her skills and she’s praised for her engineering skills and realizes that she does have worth. Mild intrigue and mystery, 3.5 stars!

Truly original fantasy!
I read When the Moon Was Ours by Anna-Marie McLemore as a buddy-read event for Dragons & Tea Book Club. Thanks to NetGalley and Thomas Dunne Books for the opportunity to read and review this book by providing the ARC!
This is a unique story that pulls from deep-seated cultural roots and a little deception. Sam and Miel share trust, loyalty and a special relationship. They also share their community with a group of sisters that could be considered mean girls, with a power they’ve grown so used to, that they do not want to lose it and will do whatever it takes to keep it. Wow! Aracely’s background revelation was something I was not expecting! Sam struggles with the decision of who (what gender) he wants to be in the near future. He’s struggling to the point of desperation. Miel blames herself for the loss of her mother and brother. She thinks the river might give them back to her. The fantastical elements are kind of difficult to understand in this story but I do enjoy the flow of the author’s writing. As usually is the case, the author’s notes are enlightening! They are also helpful in understanding Miel’s fears and Sam’s struggles. I appreciate that Anna-Marie McLemore shares such personal experiences and revelations with her readers! 4 stars for this unique fantasy! 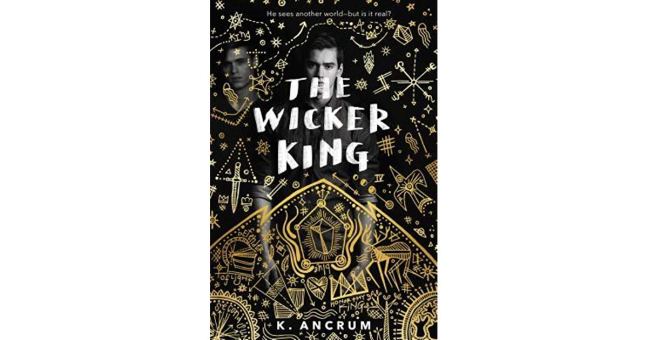 The Wicker King by Kayla Ancrum blew me away and I am still processing it! Wow, an interesting, twisted story about two teen boys, their acquaintances, family lives and their long-lasting friendship. The relationship between the young men becomes increasingly unhealthy and worries their friends, who try to help them. Things get worse before anything changes and authorities intervene. Food for thought in so many ways, 4 stars!