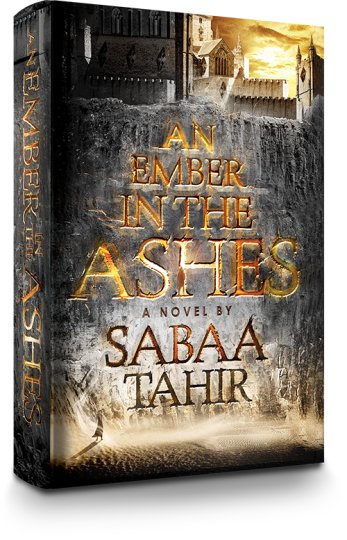 An Ember in the Ashes by Sabaa Tahir introduces Laia and her brother Darin, who both live with their grandparents. When the Empire raids their home, Darin runs and instructs Laia to hide his sketchbook. They’re both caught and taken back inside to watch their grandparents lose their lives. Elias is introduced next. He’s a soldier of the Empire, known as a Mask. Masks are skilled soldiers and trained killers. Elias watches with the rest of the Masks as a deserter is whipped to death by the Commandant. This sickens him because he’s planning on deserting also and he thinks that he will be the next to die at the hands of the Commandant. The Commandant is Elias’ mother and she holds nothing but hatred for her son. The story alternates between Laia and Elias and suspense flows throughout the entire book, each section ending on a cliffhanger. Laia enters the Empire as the Commandant’s slave and as a spy for the resistance, in exchange for helping Darin. A new era is upon the Empire and The Trials have been set and will challenge four Masks, only two will survive and one of them will be the new Emperor. Relationships grow more complicated for both Laia and Elias and the struggle for their lives becomes more desperate. This rollercoaster of a story keeps the suspense heightened to the very last page! 5 well-deserved stars ⭐️⭐️⭐️⭐️⭐️!