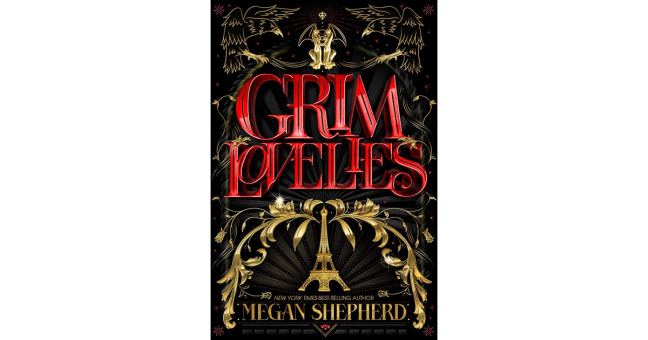 Fairytale Twist!
Thanks to NetGalley and Houghton Mifflin Harcourt for the opportunity to read and review Grim Lovelies by Megan Shepherd!
Bringing a twist to the regular fairy tales, Grim Lovelies tells the story of the often forgotten side characters. Anouk is a servant of Mada Vittora’s household. Anouk is also an animal transformed into a human by the witch she serves. Mada Vittora keeps the pelts of all the animals she’s turned into humans, all to serve her. Anouk, Luc, Beau and Cricket are all trapped this way. Beau discovers the Mada’s body after she’s been killed, so he and Anouk flee to Cricket’s apartment and then the three of them are on the run. The three of them haven’t heard from Luc for quite some time. They run to another witch that’s the enemy of their Mada, hoping for help in staying human. Mada Zola helps them plot to steal a spell from the Royals and things just get more complicated from there. Loyalties are tested and stretched and a new beginning ends the book, 4 stars!