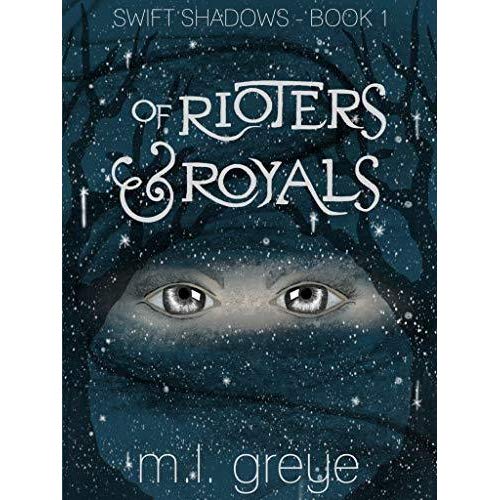 I received a copy of Of Rioters & Royals by M. L. Greye from the author. Declan is vying to become a challenger to end the long-lasting feud that’s overrun the kingdom. He’s going to be a competitor in the fight for Princess Emry’s favor and to become her Knight. The first part of the book sets the background and world building and once Declan and Emry are introduced, I became invested! The two of them share a pull that draws them together, even though it’s been several years since they’ve seen each other. Declan seems independent and Emry is adventurous. In their world, different colors of eyes have specific skills and talents. Declan has teal eyes that give him speed. Emry’s eyes are silver and she can cast shadows and hide herself. They are both keeping secrets from each other and eventually they discover what those secrets are. If I say more, I might give too much away. Of Rioters & Royals is the first in the Swift Shadows series that continues with the sequel, Entwined Paths. Lots of intrigue and somewhat unknown backstories make a fun-to-read fantasy, 5 stars!