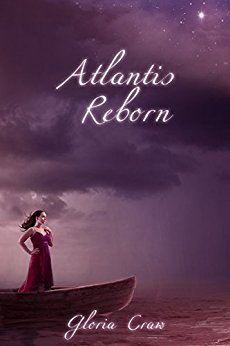 I voluntarily read and reviewed an ARC of this book. Thanks to NetGalley and Entangled Publishing for the opportunity to read and review Atlantis Reborn by Gloria Craw! Alison becomes clan chief and makes choices that change her life. Each book in this series has Alison handling a different life changing event. Atlantis Reborn, the third book of the Atlantis rising series, gives Alison much more than one change to her life. She’s matured and knows everything about her past, her parents and her heritage. She gains loyal friends, becomes stronger and enjoys her relationship with Ian. Atlantis reborn is the book of this series with the most action, humor and romance. The ending is also perfect. 5 stars for an entertaining fantasy read!

I voluntarily read and reviewed an ARC of this book. Thanks to NetGalley and Entangled Publishing for the opportunity to read and review Atlantis Quest by Gloria Craw! Alison has now learned about her heritage from her biological mother and also about her abilities and now she’s expected to rescue her enemy from a kidnapping. She travels to a ski resort and spies on the Truss family to find Nikki and any news about her kidnapping. Alison meets and stays with a distant relative, Theron. He tells her about her father’s lineage and the story of how she was left with humans. Alison is given even more dangerous tasks to perform and help her people. Theron’s gruff demeanor mellows as his familial relationship with Alison grows. They are good for each other. This second book of the Atlantis trilogy amps up the dangers, action and intensity of Alison’s world while her responsibilities grow. 5 stars for this interesting fantasy adventure! 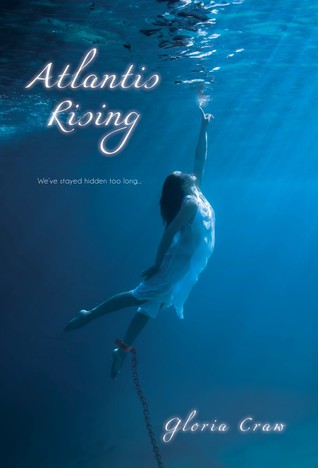 I voluntarily read and reviewed an ARC of this book. Thanks to NetGalley and Entangled Publishing for the opportunity to read and review Atlantis Rising by Gloria Craw! Alison works hard to not get noticed by anyone because she wants to blend in and stay invisible. Her adoptive parents love her tremendously and treat her well. She meets new students, Ian and Brandy, who start attending her school and, despite her best efforts, they become her friends. When she was younger, a stranger recognized her abilities and warned her to keep them secret. He also told Alison that she’s an Atlantis descendant like he is. He noticed her when she used her thought transference ability while playing, which means she can give other people thoughts and then they follow through with them. For example, if someone shows interest in her, she makes them think she’s boring and to not pay any attention to her. She fell and hit her head at school and is now having a difficult time using her transference ability. She discovers that Ian and Brandy are children of Atlantis also and they fill her in on her past and how she is being hunted by the man who killed her biological mother. Complex story and interesting characters make Atlantis Rising a great fantasy read; 5 stars!