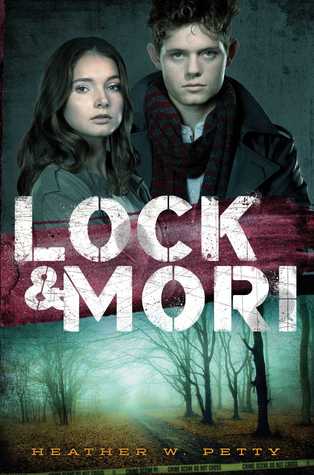 Lock & Mori by Heather W. Petty is told in Mori’s point of view. She’s the daughter of a police officer, Moriarty. Mori’s given name is James Moriarty and that is why she goes by the name Mori. Mori’s family is struggling after the death of their mother. Since then, her father drinks a lot and has become verbally and physically abusive to her and her younger brothers. Mori is a very logical person and she meets Sherlock and finds they have more in common than she cares to admit. A man is murdered and Sherlock wants to make a game of solving the mystery with Mori. Everything involving the mystery becomes too personal and it’s a race against time to stop the murderer. The story brings friendships, suspense, cleverness and romance together for a wonderful read – 5 stars!